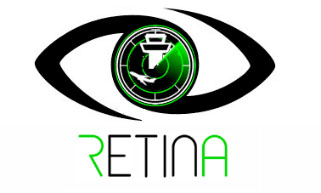 Controllers in airport towers rely on being able to see aircraft taxying, taking off and landing in order to manage them safely and efficiently. But when bad weather sets in, their visual situational awareness can be impaired, leading to a reduction in throughput. The results from the RETINA project are showing the promise that augmented reality holds for enhancing air traffic control operations, particularly in low-visibility conditions.

Using synthetic vision and augmented reality technologies, RETINA has developed a set of goggles through which controllers can see synthetic information overlaid on the actual “out-of-the-window” view.  With these goggles, the controller can have a heads-up view of the airport traffic, call sign and aircraft type, supplemented by additional information, such as wind velocity and direction, airport layout and runway status, even during low-visibility procedures.

For each augmented reality system, a proof-of-concept was implemented and validated in a laboratory environment by means of human-in-the loop real-time simulations where the external view was provided to the user through a high fidelity 4D model in an immersive environment that replicated the out-of-the tower view.

During the validation, both subjective qualitative information and objective quantitative data were collected and analysed to assess the RETINA concept. The results showed that the RETINA concept is a promising solution to improve the human performance in the control tower, increasing resiliency at airports to low visibility and preserving safety.