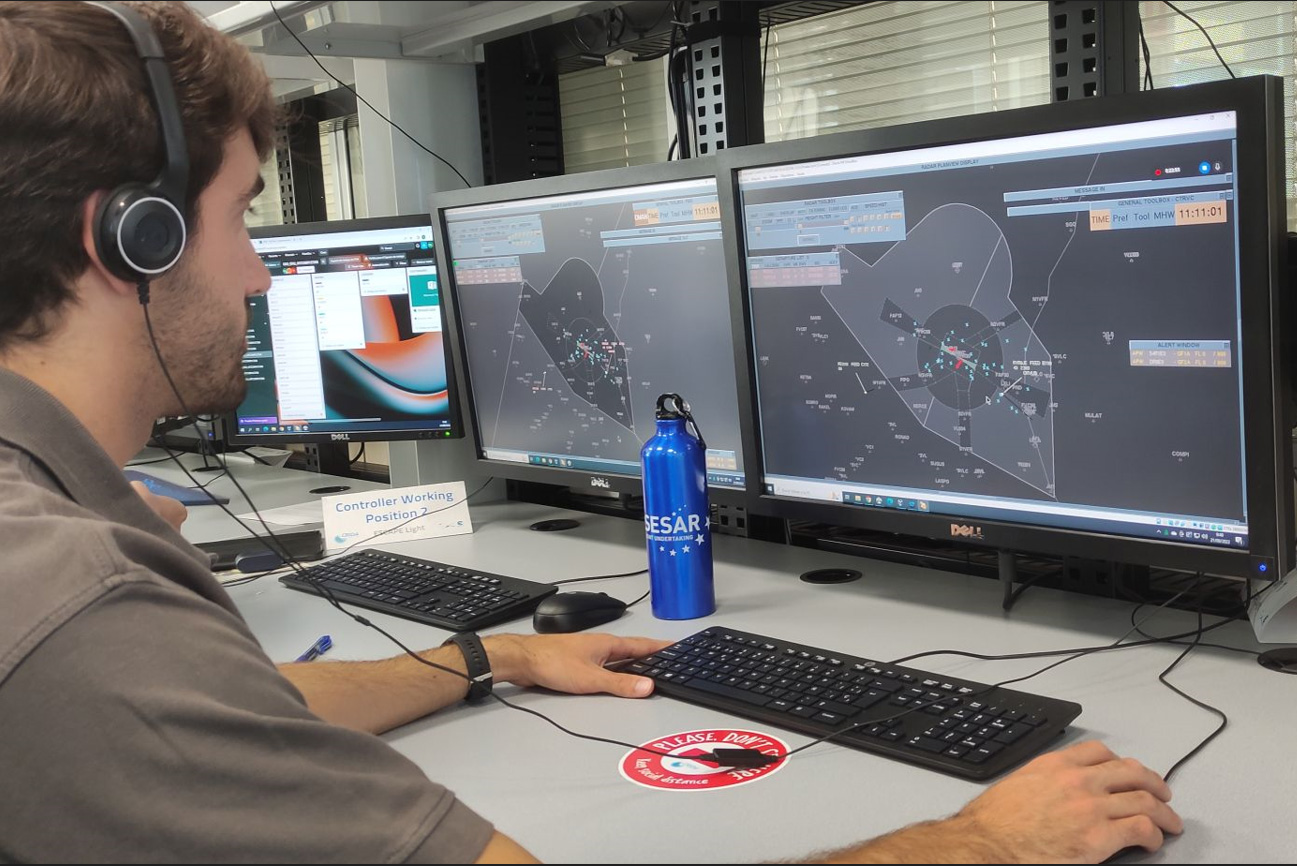 From 7 to 14 October, Spanish partner, CRIDA, conducted a set of real-time simulations as part of the ENAIRE activities within the AURA project (PJ.34) to test a tool allowing the dynamic management of drones and conventional air traffic.

Coordinated by Indra, the AURA project aims to integrate the management of the very low-level airspace (VLL) or U-space as it is also known, with traditional air traffic management systems. The goal is to enable seamless operations between U-space and ATM.

The exercises validated how manned and unmanned operations could coexist in controlled airspace, thanks to the extensive use of dynamic airspace reconfigurations. The proposed solution allows keeping safe segregation between drones managed by U-space and manned aircraft controlled by air traffic management.

The simulation was carried out by adapting the ESCAPE platform, developed by EUROCONTROL, with algorithms developed by CRIDA. The integration of ATM and U-space was simulated in the vicinity of Valencia airport (LEVC). A collaborative environment between U-space and ATM allows traffic controllers to safely delegate part of the airspace to the U-space system. To allow the controllers to handle dynamic airspace reconfiguration changes, new functionalities were enabled in the controller working position, such as the possibility of activating geofences, or identifying those drones which are affected by the airspace changes in the radar screen.

More about the project