More precise management of arrival patterns surrounding an airport can have a big impact on the noise footprint. This candidate solution introduces a new concept of operations that increases the glide slope to a second runway aiming point (IGS-to-SRAP) to reduce the amount of noise at ground level. The new enhanced arrival procedure (EAP) enhances performance by using two active thresholds on a single runway and an increased glide slope to the second one, and may make use of satellite navigation and augmentation capabilities, such as Ground-Based Augmentation System (GBAS) and Satellite-Based Augmentation System (SBAS).

The procedure applies an increased glide slope, above the approach angle for the existing runway threshold and up to 4.49°, to an aiming point further down the runway threshold. The published procedure enables inbound aircraft to reduce noise footprint and possibly reduce runway occupancy time and/or taxi-in time depending on local runway/taxiway layout. Unlike the increased glide slope concept (which applies to the runway physical threshold), increasing the glide slope on an additional (second) runway aiming point should prevent a potential reduction of airport capacity and may increase capacity through optimised wake turbulence separations. 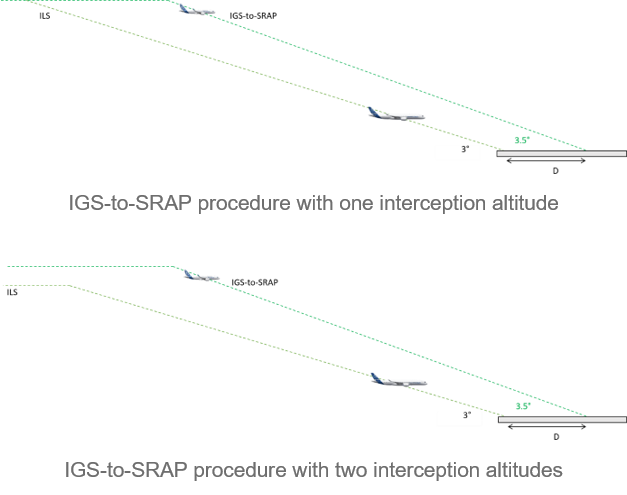