Airports are complex places, especially when it comes to managing the movements of civil and military aircraft and a myriad of service vehicles. It is not surprising then that SESAR members and partners have invested significant effort to research, develop and deliver a first set of automated tools to support controllers in managing airport surface movements.

The TaCo project took a fresh look at the challenge of complex surface operations especially in non-nominal conditions by exploring automation in other disciplines, such as robotics and gaming. Like air traffic control tools, video games such as real-time strategy games, use highly interactive graphics to enable gamers to manage the course of the game.

With these insights, TaCo partners developed a tool for guiding the controllers towards an optimised management of the movements of airport vehicles and aircraft: for example, it supports them in maximising the usage of the runway and minimising the global fuel consumption.

Moreover, the TaCo tool allows controllers to define the behaviour of alarms and automation through innovative user-programming techniques by using a domain specific graphic language. This tool can capture user requirments during the design phase of automation and has the potential to be applied to modify automation in real-time during operations.

The early results from TaCo indicate that automation strategies might be a valuable benefit in nominal circumstances even in airports that are not categorised as highly complex. In spite of the singularity of each airport, having a support tool that assists the controllers in achieving an optimised management of the movements is a transversal need that can be fulfilled by  TaCo-like systems with no major changes in the concept. 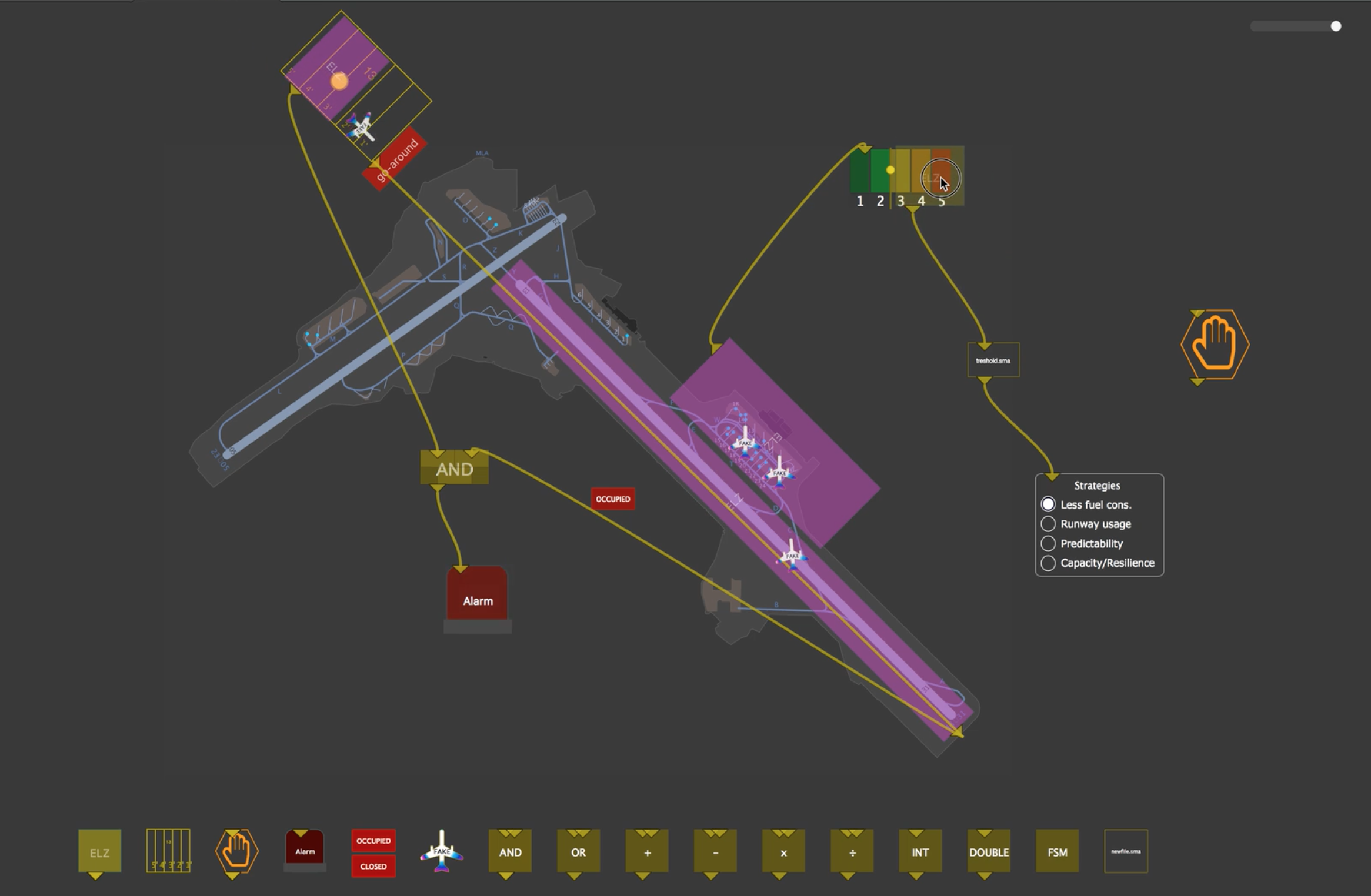