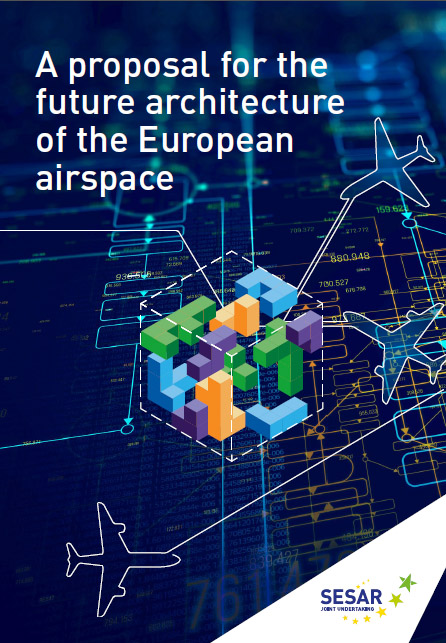 In 2017, the European Parliament adopted a resolution on the European Commission’s “Aviation Strategy for Europe’. The resolution “recalls that airspace is also part of the EU single market, and that any fragmentation resulting from its inefficient use, as well as diverging national practices” causes “longer flight times, delays, extra fuel burn, and higher levels of CO2 emissions”. It called on the European Commission to implement the concept of the “European Upper Flight Information Region (EUIR)”, as an enabler for the gradual establishment of a “Trans-European Motorway of the Sky”.

In this context, the European Parliament invited the European Commission to launch a pilot project on the Single European Sky (SES) airspace architecture.
The European Commission entrusted the SESAR Joint Undertaking in collaboration with the Network Manager with the preparation, launch and management of such a study stressing the need to ensure consistency with the objectives of the SESAR project and in particular, the vision developed in the European ATM Master Plan. This report summarises the results and recommendations of the study.

The Single European Airspace System proposed in this study is an evolution of the European airspace architecture that leverages modern technologies to decouple the service provision from the local infrastructure. At the same time it increases progressively the level of collaboration and automation support through a data rich and cyber-secured connected ecosystem.

Such an evolution opens new business opportunities through creation of a dynamically distributed system, while fully respecting the sovereignty of Member States in relation to their airspace. With this proposal, airspace configuration and design are optimised from a European network point of view, connecting airports and taking due consideration of major traffic flows across Europe.