Initially conceived as a smart, safe and sustainable solution for airports with very low traffic density, the technology is now being researched for provision of air traffic services to more than one airport simultaneously. Known as multiple remote towers, the concept was recently tested by SESAR members and partners, at which controllers provided feedback on its operational feasibility. 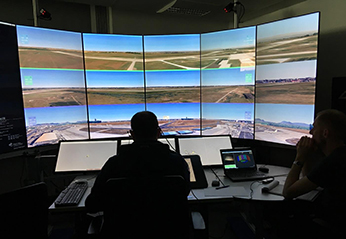 Controllers handled up to 22 movements per scenario, both air traffic and ground movements, using several support functions, such as weather, aircraft and vehicle information overlays (labels) on the panoramic screens with three-fold outside view, PTZ (pan-tilt-zoom) cameras, an integrated voice communication system and a flight strip planning tool.

During the tests, which ran in pairs for up to 50 minutes, experts assessed the safety, workload and overall well-being of the controllers involved. 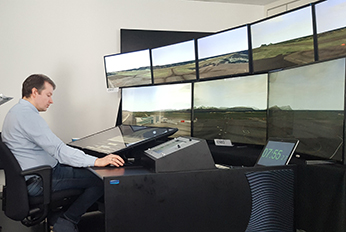 Like in Germany, controllers had access to all relevant information and controls through an integrated controller working position which included radar traffic views, meteorological information, relevant airport monitoring and control, and electronic flight strips for the three airports. The test platform also composed of other tools such as voice communication system to the controllers. A new short-term planning and management tool was developed specifically for the validation. This includes a time-line that provides the controllers with an intuitive graphical indication of the imminent traffic load based on up-to-date estimations of arrival and departure times.

Three experienced controllers were individually exposed to three different scenarios with increasing traffic load and complexity. The exercises where followed by interviews and questionnaires on subjects such as situational awareness, human factors, workload, operational constraints, feasibility and tool support for further analysing.

The tests provide valuable information and results and will form an important base for the work towards the next maturity level of the multiple remote tower concept.

Read about the SESAR project PJ05

Read about the solutions already delivered by SESAR on remote towers