SESAR members and partners have started a new round of testing of a solution to delegate air traffic management services within a virtual centre environment. This is the first in the series of validation exercises, which aims to prepare the solution for industrialisation, enabling Europe to move towards more interoperable, cost-efficient and flexible air traffic service provision.

The solution is one of several under development by the SESAR industrial research project, PJ.10-W2 PROSA. Keeping aircraft safely separated is one of, if not, the core function of air traffic management today. But as more aircraft become more diverse and numerous, the airspace becomes more complex to manage. Led by DFS Deutsche Flugsicherung, the German air navigation service provider, the project aims to advance automation technology solutions and procedures that will help controllers to handle the traffic in a smooth and efficient way.

The focus of the testing was on validating the delegation of ATM services provision among ATSUs in nominal conditions. In particular, this testing aimed at demonstrating the operational feasibility, operational acceptance, and performance benefits of delegating ATM services during night, fixed time and on-demand operations.

Preliminary results suggest that both the concept and the delegation procedure are operationally feasible and acceptable by air traffic controllers for low and medium traffic load and complexity scenarios. However, further testing is needed to analyse the feasibility of the solution in high traffic demand and highly complex situations. Further validation exercises are planned on the solution in the coming months under the leadership ENAV, the Italian air navigation service provider.

The validation exercise made use of an upgraded version of ENAIRE’s operational air traffic control system, SACTA, to incorporate further support tools (conflict detection and resolution and conformance monitoring). The validation platform, based on legacy interfaces that correspond to a “Y” architecture in a virtual centre context, also integrated some minor environment data changes in order to allow the delegation of sectors between ATSUs. 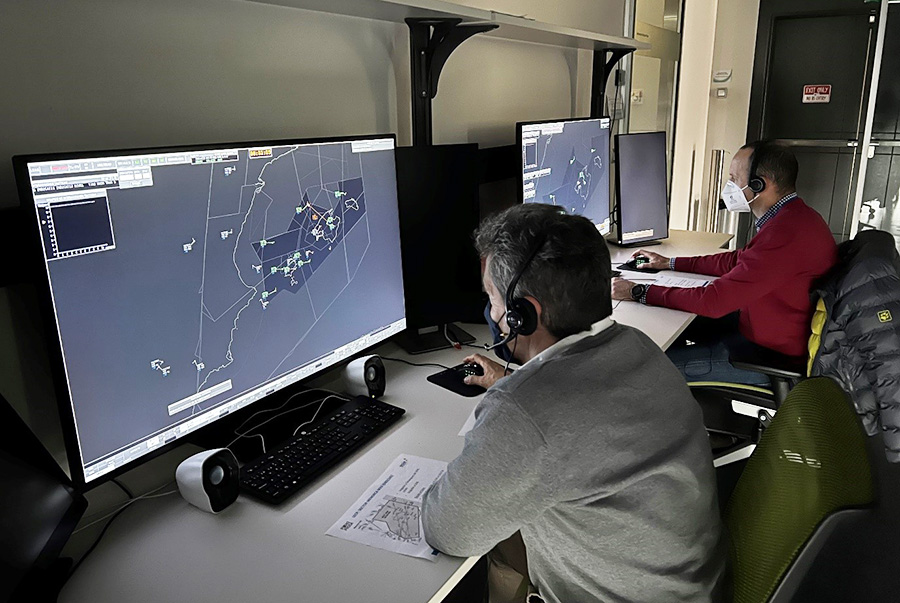 PJ.10-W2 PROSA has received funding from the SESAR Joint Undertaking under the European Union’s Horizon 2020 research and innovation programme under grant agreement No 874464.