8,000 visitors from around the globe, including 253 exhibitors and 200+ speakers, the world's largest air traffic management (ATM) event.

16 walking tours, as well as one dedicated to press and one to representatives from DG MOVE and FAA, with some 100 presentations, promoting SESAR members activities across the SESAR 2020 and SESAR deployment programme. Read more on two specific Walking Tours: Airspace Capacity and U-space.

15 sessions in which SESAR JU presented its work in areas of U-space, civil-military collaboration, global interoperability, CNS, exploratory research, among others.

1 virtual reality tool on seamless data exchange in the ATM.

1 interactive screen showing SESAR 1/2020 solutions and where they are being deployed in Europe.

Numerous announcements by SESAR JU members and partners on important milestones, including:

Well over 600 tweets referencing #EuropeForAviation, as well as 100 tweets made by the SESAR JU during the event, which were retweeted 132 times and liked over 500 times. 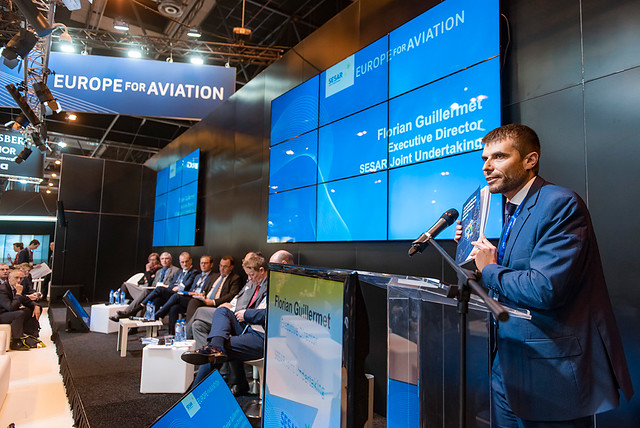