SRAP permits ‘light wake’ category aircraft to fly a final approach above the approach profile of heavier aircraft flying to the primary runway threshold; this enables them to avoid the wake vortex of the larger aircraft, and should result in an increase in runway throughput of up to 5%  (based on the best combination of flights of the traffic sample analysed) (see Figure 1).

Crucially, the noise contour of the aircraft on approach to the SRAP moves towards the airport, reducing noise. The approach glide slope to the SRAP could be a normal “3-degree” slope or an increased glide slope (IGS) to maximise benefits.

The two concepts under investigation are part of SESAR candidate solution “Enhanced arrival procedures”, which focuses on mitigating noise and adapting wake avoidance procedures. Both concepts have already been successfully trialled in a number of real-time simulations.

The solution has been developed within SESAR 2020 project PJ02 “Increased runway and airport throughput”, which seeks to tackle capacity challenges at major airports.

The visual system designed and implemented in the simulator to replicate runway markings, runway lights, approach lights and PAPI for both the primary and the Secondary Runway Aiming Points were, as far as possible, compliant with ICAO Annex 14 provisions.

The SRAP itself was located 1,100 m after the primary runway threshold.

Two variants of the concept were tested with pilots:

Approaches with all lights illuminated, i.e. threshold lights and approach lights of both primary and secondary aiming points remained switched on 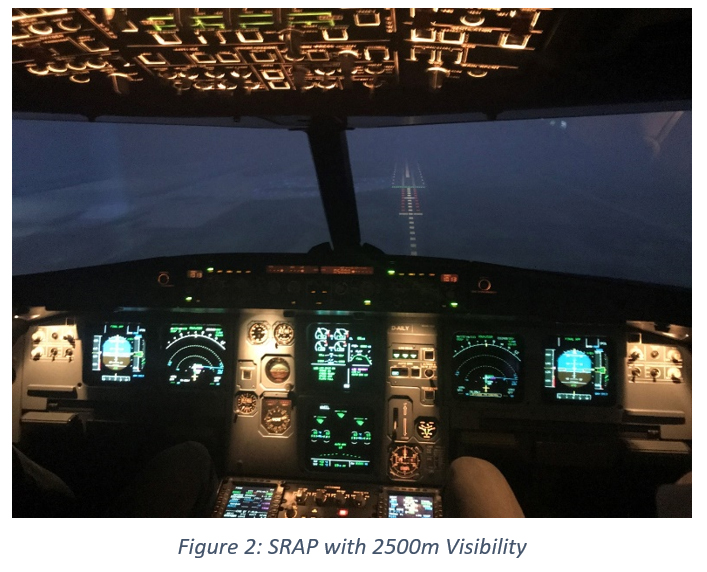 A total of 12 simulator sessions were conducted with A319 type-rated pilots (12 crews consisting of 2 pilots each).

Pilots were also asked to complete a questionnaire after each approach containing questions about visual indications, workload and safety, as well as one questionnaire at the end of each simulator session with general questions on the acceptability of the concept. 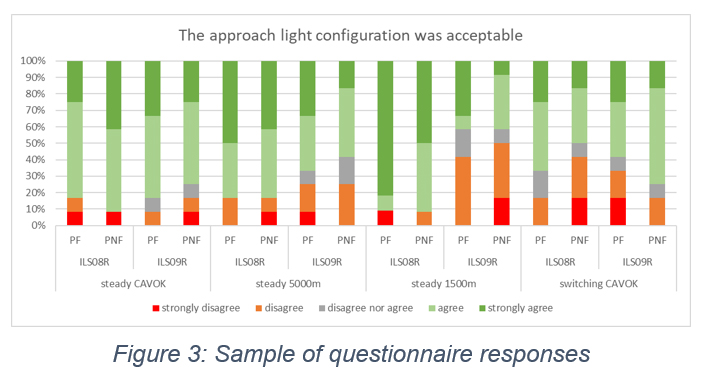 Initial results regarding the acceptability of the approach lights in different scenarios are promising, suggesting the lighting configurations tested were acceptable in most visibility conditions for the majority of pilots.

A full report on the aircraft flight simulations is expected by the end of October 2019, and will provide valuable input into the final development activities starting in January 2020.

The value of involving flight crew and using high-fidelity full-motion aircraft simulators is critical to completing the initial safety and operational validation of promising new concepts.

With capacity and the environment representing significant challenges for aviation, ensuring pilots can safely fly, and that aircraft are able to navigate these new procedures, is a necessity.  Together SESAR JU members and partners will undertake additional trials to bring a validated SRAP concept to the level of maturity by 2023. This will include assessing impact of these new solutions on the airspace and procedures.