The VOICE project is progressing on schedule with the finalisation of its demonstration plan (DEMOP), which describes how the project demonstration and its exercises will be organised during the demonstration execution period. The main goal of the exercises, which are due to take place between June and December 2022, is to demonstrate the advantages of having satellite-based VHF voice and data communications between pilots and controllers in oceanic airspace. The presence of these services could lead to an increase in safety, as well as in capacity in these oceanic regions. Besides, it will be demonstrated the possibility of contingency measures in case of loss of communications between an airspace and the ATCO in charge thanks to the use of these systems.

The following use cases will be studied within the demonstration activities:

Controllers from SAL ACC will visualize aircraft positions, interchange flight data and perform voice communications with aircraft flying over CANARIAS FIR airspace, and vice versa. This will imply that a flight will receive communications from an Area Control Centre different from the ACC that is overflying.

This will serve as a proof that this system could be used as a means of contingency or ATC delegation, for covering problems on ground-based CNS services, or for complementing its use.

Controllers in Canarias ACC will send/receive flight data information to/from the flights overflying Canarias airspace within radar coverage. Its main objective is to demonstrate the utility of satellite-based VHF as an alternative means to voice/data exchange working as a redundant/contingency system for terrestrial airspace.

The project partners are hopeful that the demonstrations will not only show the feasibility of using low-orbit satellites in these three scenarios but that their findings may be used by standardisation bodies working on satellite-based VHF. Work with entities is a key aspect for VOICE project as they will use the project results and work on satellite-based VHF concept to provide their conclusions as inputs for the World Radiocommunication Conference by end November 2023 (WRC23), where the frequency allocation, technical regulations and operational procedures will be discussed.

Funded within the framework of the Horizon 2020 research and innovation programme (grant agreement 101017688), the project brings together the following project partners: Indra (Coordinator), Enaire, EUROCONTROL, GOMSPACE A/S and GOMSPACE Luxembourg. 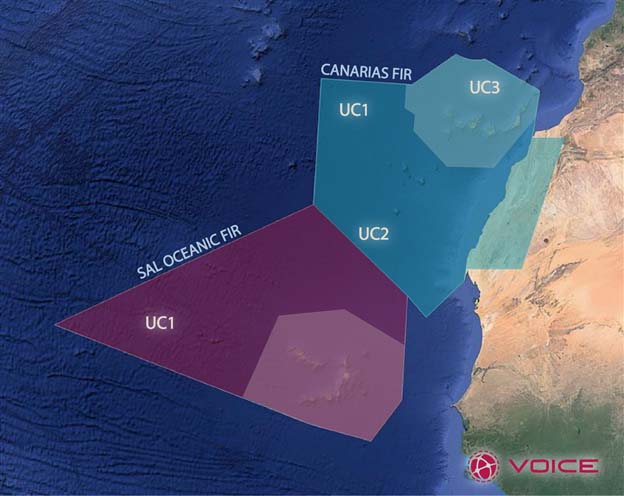