SESAR JU members and partners are starting large-scale live trials of a series of satellite-enabled solutions aimed at reducing the noise of aircraft landing at airports, as well as reduced taxi time to reach the parking positions for some runway configurations. The solutions underwent extensive flight simulation testing before the flight demos which  took place early October 2021 at Twente Airport in The Netherlands.

Over the spring 2021, SESAR JU founding member, EUROCONTROL, supported by Lufthansa Aviation Training, ran within PJ.02 three flight simulations campaigns in Frankfurt on an Airbus A319 simulator with airline pilots, to test three solutions in different visibility and weather conditions, making use of these satellite-based technological capabilities, supported by constellations such as Galileo:

Developed within the framework of the SESAR JU Horizon 2020 project Airside, Airport and Runway Throughput (AART - PJ.02-W2), the solutions were assessed using different configurations of runway markings and lighting. The outputs of the flight simulations included pilots’ questionnaires, simulator data recordings and video recordings. These will be analysed and integrated into PJ.02 validation report for each solution available by mid-2022.

The pictures below show some of the options that were evaluated during the flight simulations. 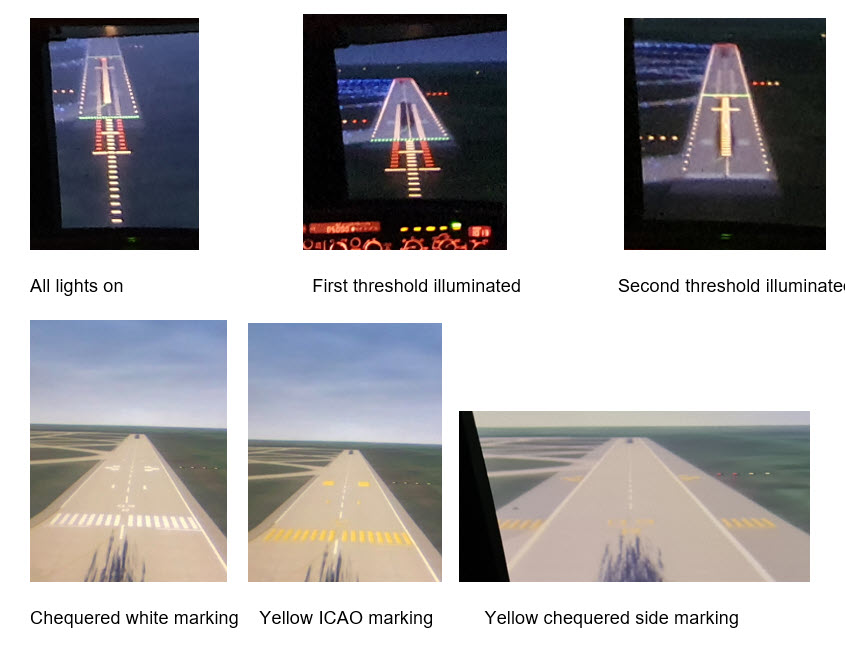 A first series of live flight trials took place at Twente, a non-commercial airfield, during the first week of October with the goal of evaluating in real visual conditions the runway dual markings and dual PAPI as necessary for SRAP and IGS-to-SRAP approaches, in line with the PJ.02 solution requirements. The demonstrations brought together EUROCONTROL, NLR - Netherlands Aerospace Centre, INDRA, AIRBUS and ENAV, as well as airspace users LUFTHANSA (AIRBUS A319) and TUI Fly Nederland (Boeing 737Max 8), all equipped with GBAS technology. The trials focussed on noise assessment, safety, human performance and operational feasibility, including the evaluation of the dual runway markings and precision approach path indicators (PAPI) as supporting visual aids.

The existing runway markings on Twente’s Runway 05 were expanded with a second (ICAO compliant) set of markings, consisting of a second threshold, touchdown and aiming point markings, located 1,020 metres further, together with a second PAPI on the opposite side of the runway. The approach trials were based on GBAS GAST-D temporary ground station, supporting different GLS published approaches with 3.0, 3.2, 3.5, 4.0 and 4.49 degrees glideslope.

The NLR test aircraft (a Cessna Citation II) was equipped with two GAST-D receivers and made across two weeks a large number of approaches (with 15–20 approaches per day) for data acquisition and pilot evaluation purposes. A different guest pilot each day was asked to fly the approaches.

The Lufthansa and TUI fly aircraft evaluated visual aspects, flyability and gathered performance data on the 3.0 and 3.5° approaches to both thresholds.

The preparation of the demonstration also provided valuable insight into regulatory aspects, such as the GBAS frequency allocation process, approval aspects of the systems and planned flight operations, as well as the necessary infrastructure preparations. The findings will feed into both the regulatory work package and the next trials. 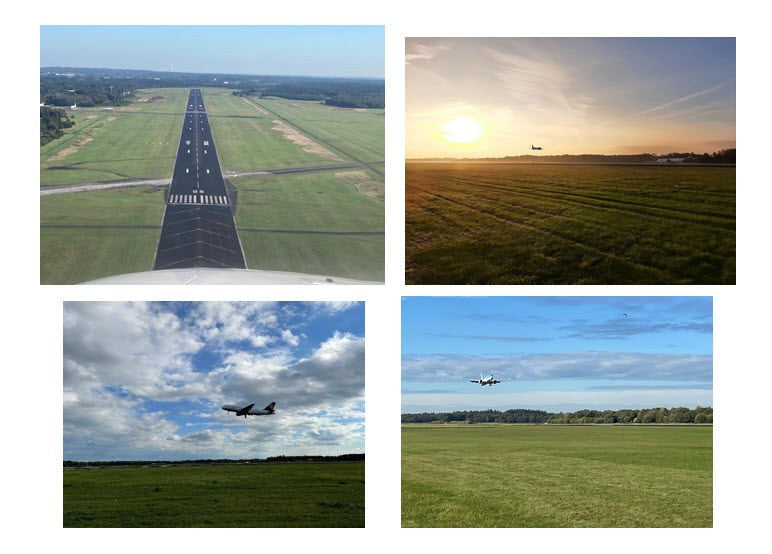 More flight trials on ISGS will follow later this year and in 2022 at Frankfurt (DFS with Airbus and Luthansa) and Rome-Ciampino  (ENAV with Dassault Avionics and Honeywell).