Sustainability, multimodality and digitalisation were just some of the topics the SESAR 3 JU showcased during its participation at the Connecting Europe Days 2022, Europe’s mobility flagship event, which took place from 28 to 30 June in Lyon, France. Selected flights en route to Lyon demonstrated the energy-efficient flying enabled by SESAR Solutions.

The flights were operated by Air France, easyJet, KLM, Lufthansa, Transavia and Vueling as part of SESAR 3 JU’s ALBATROSS project. ALBATROSS is currently conducting hundreds of gate-to-gate flight trials across Europe to demonstrate how optimised ATM operations and new technologies can mitigate aviation’s environmental footprint and reduce fuel consumption and emissions. Watch an interview with the ALBATROSS experts. 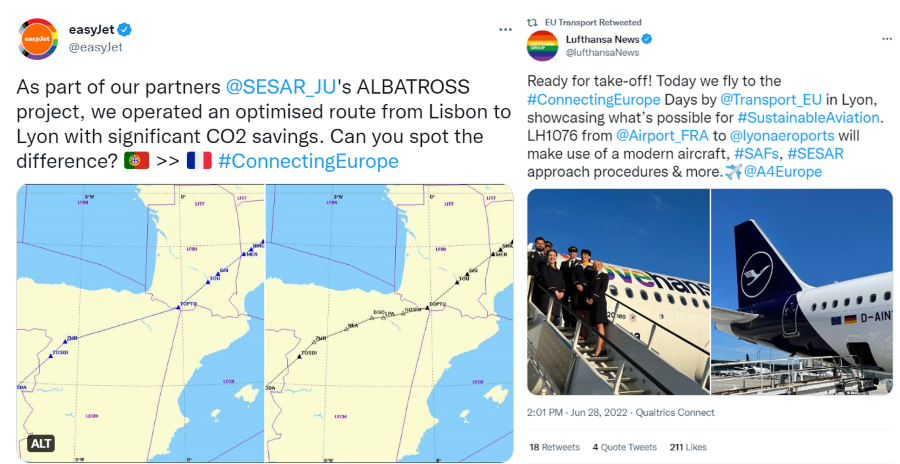 On the ground, European Commissioner Adina Vălean, Director-General Henrik Hololei, Chair of the European Parliament’s Transport and Tourism Committee Karima Delli, and representatives from the French Presidency of the Council of the EU were provided a tour of Lyon-Saint Exupéry Airport. There, they had an opportunity to see another SESAR Solution in action – the airport operations centre or APOC. The APOC is the nerve centre of the airport, allowing an unparalleled overview of operations and allowing effective, fast decisions on how the airport can function most efficiently, especially under challenging circumstances. Steps are being taken by European partners to deploy the APOC and total airport management (TAM) across Europe. Watch this video on recent total airport management trials. 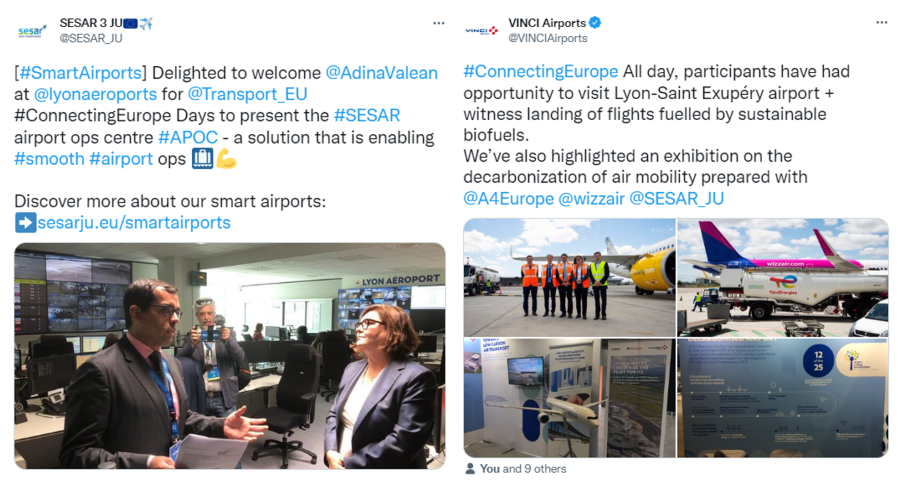 Multimodality was a central theme during the conference, which featured a dedicated panel on the topic organised by Europe’s Rail Joint Undertaking and the SESAR 3 JU. It discussed progress between rail and air traffic management sectors towards achieving a multimodal European transport system. Read about some of our multimodal projects: MODUS, TRANSIT, IMHOTEP

SESAR's success in promoting digitalisation and closer collaboration between innovation and deployment stakeholders to build resilient transport infrastructure was also presented as a model to replicate.

Participants also had an opportunity to visit the SESAR 3 JU exhibition stand to find out about some of the state-of-the art innovations that are already delivered or in the pipeline.