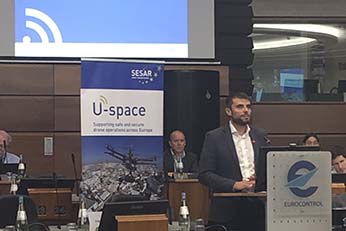 The two-day U-space ConOps and Research Dissemination Conference concluded with consensus that SESAR Joint Undertaking U-space exploratory research and demonstration projects are on track to deliver, already providing useful lessons learned on how to make the safe and secure drone traffic integration a reality.

The major conference, which was kindly hosted by SESAR JU founding member Eurocontrol, presented the results from SESAR JU’s portfolio of U-space exploratory research and demonstration projects, including the Concept of Operations (ConOps) project, to around 250 participants from across the aviation spectrum.

The first day of the conference featured a presentation of the U-space ConOps developed by the CORUS project, a Eurocontrol-led project co-funded within the frameworkk of Horizon 2020 and the SESAR 2020 programme, and which aims to adopt a harmonised approach to integrating drones into very low level (airspace in a safe and socially acceptable way. The topics covered included airspace structure, conflict resolution, the U-space services required for safe and efficient drone operations, the safety approach, and metrics for the social acceptability of drone use. Linked to the proposed U-space ConOps, a reference high-level U-space services architecture was described. conference participants also discussed further research and innovation with the aim of defining the U-space set of full services required for the safe integration of manned and unmanned aviation, especially in urban airspace and in the vicinity of airports.

During the second day, three sessions tackled the key questions of safety, interoperability and maturity, each animated by projects from the SESAR JU’s U-space exploratory research and demonstration activities. Each project presented the results of their flight trials and tests, then engaged the audience in a lively question and answer session. The projects were also showcased in a dedicated exhibition outside the conference hall.

The main conclusions of the workshop were unanimous consensus that solid progress is being made by CORUS and SESAR JU U-space exploratory research and demonstration projects; they are achieving good outcomes and providing useful recommendations for the further development and deployment initiatives proposed and already in progress across Europe.

In closing the workshop, Ludovic Legros, SESAR JU’s U-space Programme Manager, remarked “It is encouraging for us to see the interest raised by SJU U-space projects and the wide number of participants contributing to the development and deployment of the European U-space. The Conference’s fruitful discussions have shown that we, as a community, are all moving in the right direction and that there are high expectations for current and future U-space deployment activities”. 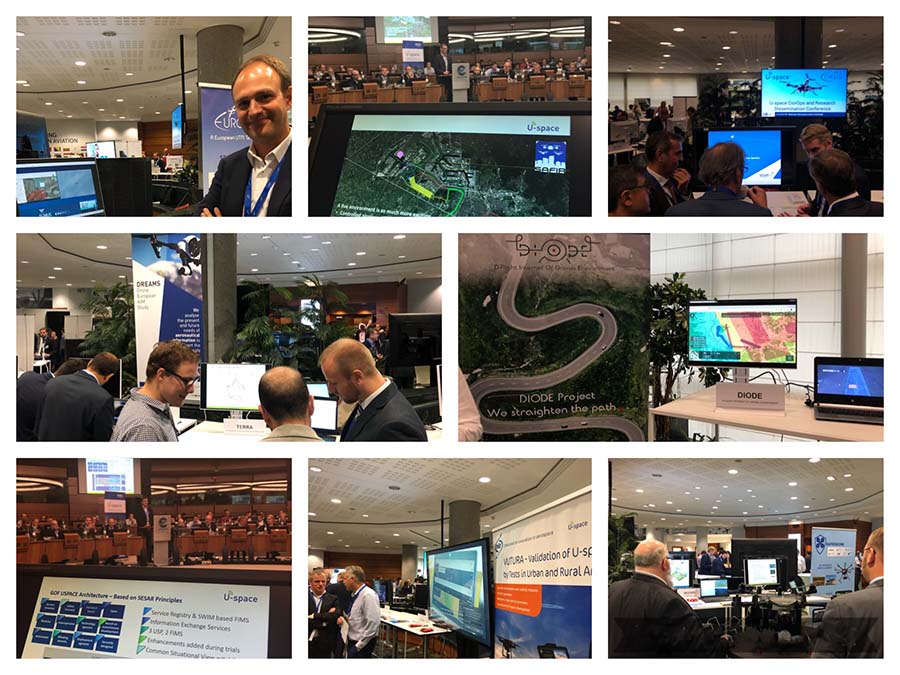