SESAR research is looking at increasing the glide slope so that aircraft equipped with enhanced navigation capability can use augmented satellite signals to fly steeper approach paths. This candidate solution introduces the increased glide slope as a new concept of operation. The enhanced arrival procedure (EAP) reduces environmental impact by the use of two glide slopes active simultaneously, where aircraft flying on the higher slope generate less noise.

The procedures feature a glide slope between the published one (commonly 3°) and 4.49° (limit above which the steep approach concept applies), and provide a significant reduction in ground noise level to an order of magnitude of 3 dBA in approaches between 15 NM and 4 NM from the runway threshold. 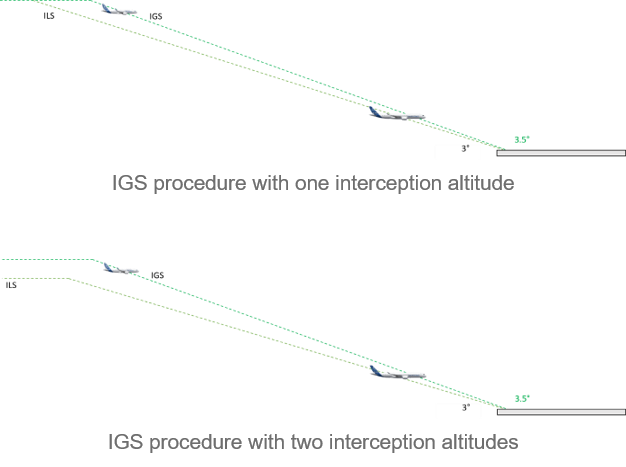