On 14 July 2022, DFS, the German air navigation service provider, started the use of the GBAS precision landing system for poor weather conditions at Frankfurt Airport. This is the first system of its kind in the world.

DFS has been operating digital precision landing systems, known as Ground Based Augmentation Systems (GBAS), at Bremen Airport since 2012 and at Frankfurt Airport since 2014. GBAS is the term used to describe navigation by satellite, but combined with a ground-based supplementary, or augmentation, system. Only this combination gives the accuracy required for precision landings.

So far, the system has been used for landings under good visibility. Since 14 July 2022, aircraft can now approach Frankfurt Airport using GBAS even in poor weather conditions. Such weather conditions are known as meteorological category II, or CAT II, i.e. a cloud base of 30 metres and a minimum visibility of 300 metres.

Full runway capacity available – even in bad weather
GBAS thus joins the established instrument landing system (ILS) in the ranks of approach aids for all-weather operations. The decisive advantage is the system's digital signals, which are not disrupted by preceding aircraft. With the conventional instrument landing system, separation has to be large between the landing aircraft because of the possible problems caused by poor weather conditions. GBAS, on the other hand, allows approaches with almost normal separation. In bad weather, almost the full capacity of the runways can thus be utilised and delays avoided.

The prerequisite for use is that aircraft are equipped with the technology. Even if just 30 percent of aircraft have the new system on board, noticeable capacity advantages can be expected, as shown by simulations conducted in advance.

The first landing using the new procedure was made by Lufthansa flight LH273 from Milan Linate with an Airbus A319.

The new GBAS CAT II approach procedures were realised within the framework of the SESAR DREAMS project funded by the European Union. In the pan-European SESAR projects, air navigation service providers, airlines, airports and other technology partners jointly develop concepts for the air traffic of the future. This expert group has pioneered the use of the new GBAS landing system for all-weather operations worldwide.

Read about the DREAMS project 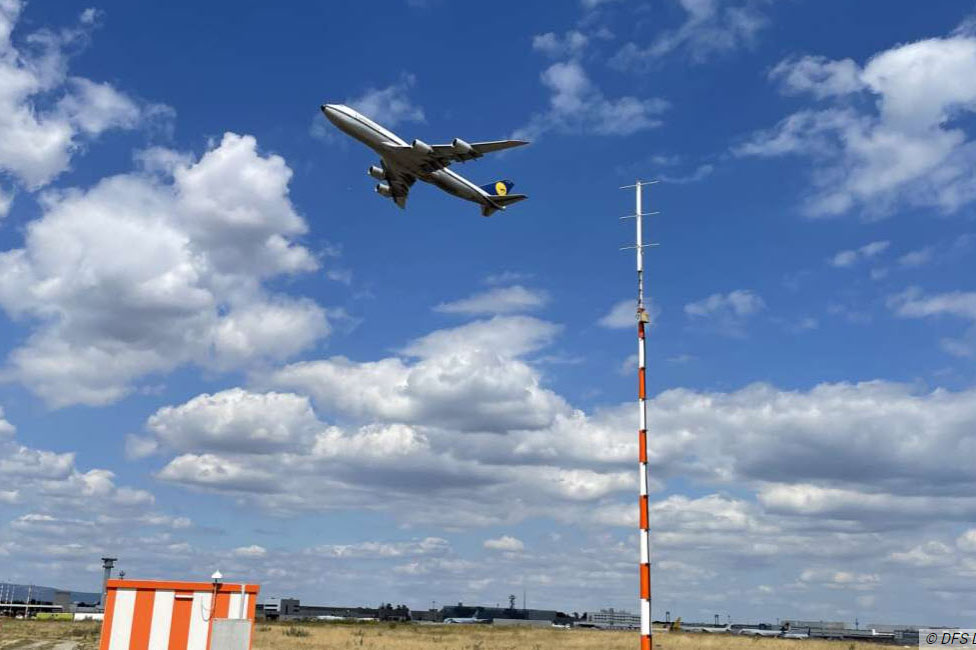