SESAR JU member, ENAV, has successfully concluded a validation campaign to assess dynamic virtual block control with the support of datalink communications. The aim of the solution is to improve the safety and efficiency of traffic on the surface of the airport, particularly in low-visibility conditions.

Dynamic virtual block control builds on the static virtual block control, a solution delivered in SESAR 1 (solution #48), which provides automation support to tower controllers when carrying out enhanced block control procedures in low-visibility conditions.  While the earlier solution made use of a static virtual stop bars (VSBs), this latest solution goes one step further by assigning each aircraft its own virtual stop bar. In doing so, more aircraft can use the available space on the airport surface and taxiways simultaneously during low-visibility conditions. This allows controllers to manage more dynamically the flow of traffic thereby optimising the capacity of the taxiways. 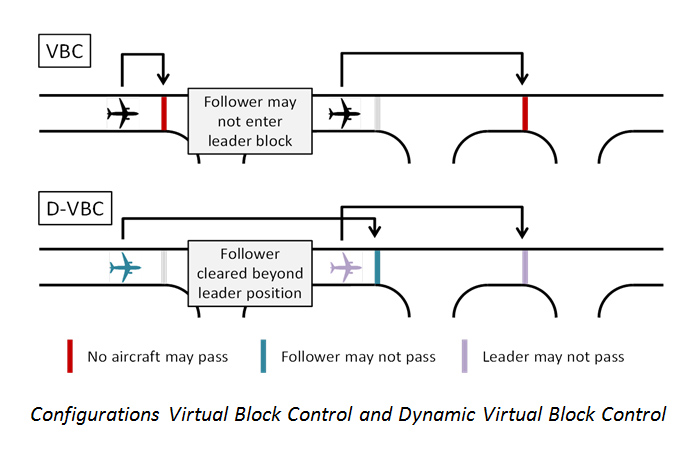 The tests were conducted using the layout of Milano Malpensa airport as the operational scenario. Two types of intermediate holding positions (IHP) were used for dynamic virtual block control: IHPs that corresponded to markings on the ground and IHPs that did not correspond to markings on the ground. The position of such IHPs was shared between pilots and controllers via datalink. The initial results demonstrate the operational feasibility of the concept and air traffic controllers’ tools and show a positive impact on safety, resilience and predictability of surface operations.

During the tests, relevant feedback was gathered from the air traffic controllers involved through “over the shoulder” observations, ad hoc interviews and questionnaires, as well as through the collection of quantitative data (number of movements, taxi times, etc.).

The validation activity was designed as a real-time simulation equipped with “dynamic virtual block control” and datalink services. The validation was carried out at ENAV National Testing Facility in Rome Ciampino using the Tower Simulator TBA3D, suitably adapted to meet the experiment needs.

The campaign is part of a wider validation stream on Malpensa airport scenario that also included a validation exercise carried out at the NLR facility in Amsterdam , which tested the solution on different systems, addressing both the air traffic controller’s and the flight crew’s perspectives.

The validation campaign was carried out by ENAV, in cooperation with its linked third parties (LTPs) Techno Sky, NAIS and IDS, within the framework of SESAR PJ03a SUMO (SUrface Management Operations) project.

More on the SUMO project